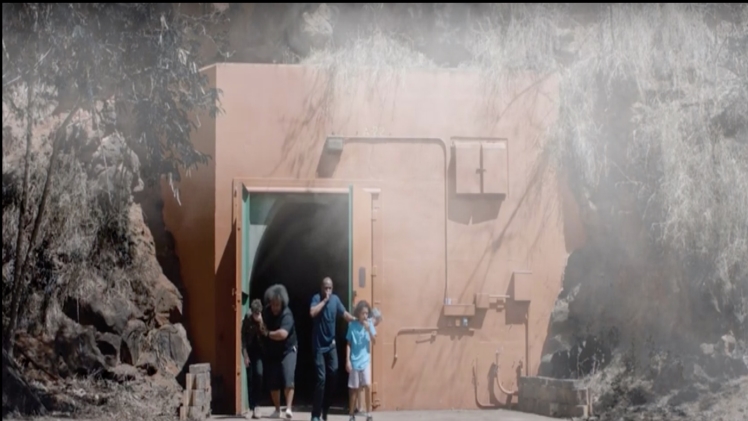 What would you do if you knew you only had 20 minutes to live? Why not take a look within? Remember you’re happy times and laugh one last time. Suppose you had the chance to call your perfect partner and tell them you loved them. Do you want to pray with me? If you could say anything final, what would it be? You could always go out from here and see if you can survive. Ask yourself this question: What would you do if you were helpless and about to die?

Some characters in the story have just discovered that a ballistic missile is coming towards Hawaii and have been given 20 minutes to get out of there alive. An agnostic and a believer, a Japanese businessman and a Hawaiian, a conservative Republican and a liberal Democrat, a white supremacist and a black militant, and so on make up the cast.

A wide range of perspectives is represented here, yet ultimately everyone is just waiting for the same thing. People are unique, so their responses will vary. However, Chey said, “in the end, they all come together.” This adds a great deal of drama to the film.

Generally speaking, what do people think of it?

Those who have seen it say you shouldn’t miss out on this video’s emotional roller coaster. It has been screened several times at this point. A universal appeal ensured the film’s success among viewers of all faiths, despite its religious subject matter. The central characters will stir up feelings ranging from love to horror to despair. Rarely do so many contrasting people experience the same loss and ultimately find peace in Christ. Both happy and sad emotions will be evoked, but by the time you leave the theatre, you’ll have a new perspective on life.

The film was inspired by actual history. In 2018, all residents of Hawaii were alerted by text message to prepare for an incoming ballistic missile. The shock caused a stampede as people sought refuge. Tim Chey said, “an idea for a movie sprung into my head” while he and his wife were on holiday on the island. According to his statements, he has just returned to his former faith in God. However, he was convinced that more people had considered God due to this tragedy.

You’re probably wondering, in light of the whole circumstance, whether or not the missile arrives. Though he acknowledges the truth of the answer, Chey ultimately finds it uplifting since “everyone needs Christ right now.”

He continues by saying that he sought to fairly represent the perspectives of both believers and nonbelievers in the video. Speaking from the hospital bed where he lay dying, he remarked, “It’s interesting to see how politics and ethnicity don’t matter anymore.”

Tim Chey creates his films as a filmmaker, writer, and director. He didn’t put his faith in Christ until he was in his 30s, or “later in life,” despite the religious and spiritual themes in his most recent works. Before Chey began directing and producing films, he practised law for two years in Los Angeles.

The film had its world premiere at the 2022 Cannes Film Festival and will hit theatres in the fall of that year. “20 Minutes” became an instant hit with festivalgoers as word spread that it would be shown there. The director was fascinated by the wide range of demographics represented in the audience.

In conclusion, there is no reason not to watch “20 minutes” if you enjoy movies based on true stories and remember them from a few years ago. What a heartbreaking and moving tale of life at the world’s end. Get the people you care about together, embark on this journey with the characters, and ponder some of life’s most profound questions with them.

SSR Movies contains all the Hindi and foreign movies in dubbed form.