Shortly after starting the march, the health of the doctor Jim Petroske had deteriorated, who had even become very aggressive as a result of the altitude. Alfonso decided to lower Petroske to save him. This is another of the moments questioned a posteriori. The argument is that the expedition should not have continued without your guide. In the Aconcagua treks that is very difficult to predict

To save Petroske, Alfonso had to drop his backpack to give more security to his fellow traveler. They descended to Camp II, but the wind had destroyed the tents, so they had to spend the night in the open, sunk in the snow with their sleeping bags. On January 29, the two mountaineers arrived at the base camp at 6:00 p.m. A few minutes later, Alfonso could see with binoculars the arrival of three people near the summit and saw them return. What happened near the summit was already a secret reserved only for the four climbers who had been at the top: Zeller, Mc Millen, Cooper, and Johnson. According to Alfonso, in the days following the expedition, on January 30, he climbed a hill in the morning and was watching what was happening with binoculars. He was there until 19:00. He saw how two of the climbers went down slowly and together in the afternoon, and the third did it alone and faster. This led him to think that something worrisome was happening, especially when he learned that one of the climbers had descended the day before Camp III.

On February 1, Defoe asked to be transferred to Mendoza because he had an acute picture of altitude sickness. Alfonso, along with another of those who had given up climbing, John Shelton, decided to find the four climbers at Camp III due to the impending bad weather. After marching for 5 hours, they found McMillen and Zeller in the middle of a storm, in an absolute state of delirium, and wondering how to climb Aconcagua. One was blind, and the other nearly blind, and both were delirious from their hallucinations. From what the men said, it was clear that Johnson and Cooper had died.

The Best Option- Get a Taxi to and from Heathrow Airport 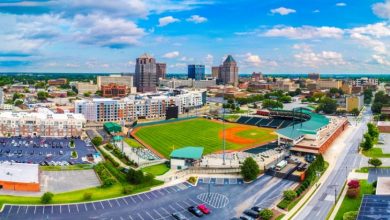 Major touristic attractions in the city of Greensboro NC