all aboutparenting.com
NewsActivision CEO Bobby Kotick Reflects on the Pandemic’s Effect on the Gaming... 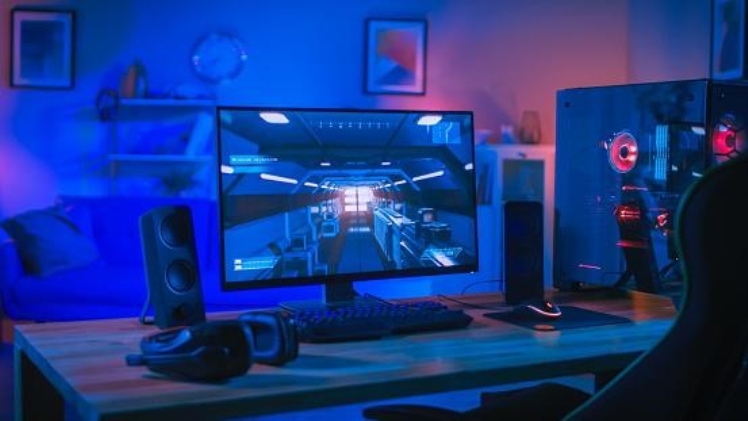 According to CEO Bobby Kotick, Activision Blizzard needed to adjust its business plans during the pandemic, especially regarding its esports and free-to-play strategies. While many believed the gaming industry to be pandemic-proof, Kotick explains why that wasn’t exactly the case. “I would say that there were probably some benefits that came with people being at home and trying to find ways to entertain themselves. But I think our success [throughout the pandemic] resulted from strategy changes over the last few years and then good execution,” says Kotick.

Kotick admits that “finding ways to have creative collaboration when you’re not physically present” was a major challenge for the company throughout the pandemic. “We had very inventive teams that did their best to figure out how to engage with each other over Zoom. [And] for us the most important thing was [creating] a work environment where people who are creative and inspired are going to be able to collaborate with each other.”

He was impressed with the inventiveness and flexibility of his team. “I can’t say there was any one thing that was a redefining moment about how to inspire creativity, but people managed through it with a lot of resourcefulness,” Kotick says. “I cannot tell you what the long-term implications are yet in this change in the way you manage creative processes. But, for example, we had a lot of cross-country and cross-studio collaboration before there was a pandemic. So we have a lot of tools in place for people in different time zones and different studios who are working on the same franchise to be able to collaborate.”

That increase in gaming is a trend Bobby Kotick believes will continue, which is why Activision Blizzard has expanded the free-to-play catalog. “We have increased the number of games that are free and where they are available, whether on a console or a PC or a phone,” explains Kotick. “We also increased the number of games that were free, and especially with a game like Call of Duty, that actually caused there to be a lot of excitement and enthusiasm for that content.”

Bobby Kotick on Why Cell Phones Are a Game Changer

According to Bobby Kotick, the industry has changed in a few ways, which have allowed for its free-to-play games to become a bigger part of their successful strategy. “Probably the most important way is that over the past 10 years, telephones have become such an important delivery device for gaming,” says Kotick. “And in the past 30 years, the cost to get into gaming was expensive because you had consoles and PCs, and those were really expensive, especially for a single-purpose experience like video games.”

In the past, the cost made them less accessible to a many potential gamers. “And you would only find them in countries with middle classes and developed economies,” notes Kotick. “Now, phones enable you to play games everywhere. So that has really broadened the opportunities.”

“I think the brand recognition has a lot of value, but I think the key is creating really compelling fun-to-play content,” says Bobby Kotick. He cites Call of Duty: Warzone as an example. “That became available free to play on consoles and PCs and phones, and because it was great and compelling game play, it enabled us at Activision to have a much broader audience of players.” As a matter of fact, the number of monthly active users increased from 30 million to over 100 million.

The Activision CEO understands the importance of keeping the esports franchises like Overwatch and Call of Duty leagues in specific venues and cities for in-person events. “Our view was that having those local-level events was going to be really critical to a successful, broadly appealing esports experience,” says Kotick. “Growing up in New York, my grandfather was a Mets fan, my father was a Mets fan, and I became a Mets fan. I think that happened in part because of the experience of traveling to the venue and having a certain type of physical experience. That is not to say that you cannot get some of that from online experiences. But still, I think the destination experience really enhances local-level loyalty and excitement and participation.”