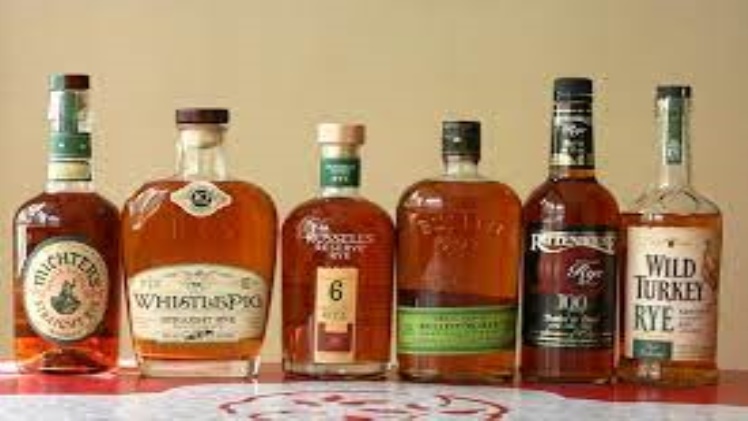 Ordering a whisky cocktail is fun if you can differentiate its various types. If you have to choose between the two famous whiskies – bourbon and rye, which one would you like to select for your cocktail?

This write-up guides you to understand what bourbon and rye whisky is and how their difference can impact your cocktail preference.

Bourbon whisky has 51% of corn in the mash. Interestingly, only if the USA makes it, the drink is called “bourbon”. When placed in wooden casks for ageing, they can have a maximum of 62.5% of alcohol. It must age for a minimum of two years to get the “straight bourbon” title.

Depending on the mash bill and the location of production, bourbon is available in various types.

High-Wheat – As the name suggests, this spirit has more wheat in the mash bill. It is the softest kind as it has almost no rye content.

Traditional – The most common form of the drink, traditional bourbon comprises 15% rye, 70% corn, and 15% barley.

Tennessee Whiskey – Made in Tennessee, this type passes through a charcoal filter before being aged. As a result, many connoisseurs do not consider it to be bourbon.

High-Rye – Containing large amounts of rye, it offers a little more kick than its traditional counterpart.

What Is Rye Whisky?

Bourbon and rye are pretty similar, the difference being in the percentage of rye in the two drinks. Unlike in bourbon, the rate of rye is 51% in rye whisky. The remaining part of the mixture comes from corn or barley. However, you may also find them with 95-100% rye in it. To be called “straight”, this spirit too must be matured for a couple of years.

Rye is not as developed as bourbon in North America. Therefore, the types vary as per the amount of rye used in the mash bill. Two well-known types are as follows:

Canadian Rye – Canada does not have any strict law specifying what can be called rye whisky. Therefore, many ryes made in Canada majorly consist of corn mash bills.

American Rye – Rye whisky production is highly regulated in the USA and boasts consistency in quality.

Differences in Flavour – Rye and Bourbon

While considering flavour, you have to think about the main components behind rye and bourbon. The rye mash in the whisky generates a dry taste and spicy tones. On the contrary, the corn mash in bourbon transmits its sweetness and extends a full-bodied flavour to the spirit. Additionally, aged rye evolves much more than old bourbon. Rye takes on a subtle tone while still retaining its typical sharpness.

What Difference Does It Make to Your Cocktail?

Initially, bartenders concocted several classic whisky cocktails like whisky sour and Manhattan with rye. But, owing to bourbon’s popularity, bars often make use of it while making cocktails.

The proper whisky for your cocktail goes down to whether you want it sweet or spicy. If you are craving sweetness, bourbon is what you need, and rye whisky is best for those yearning for something peppery. Also, if you have more time in your hand, go for rye as it takes one more time to drink it.