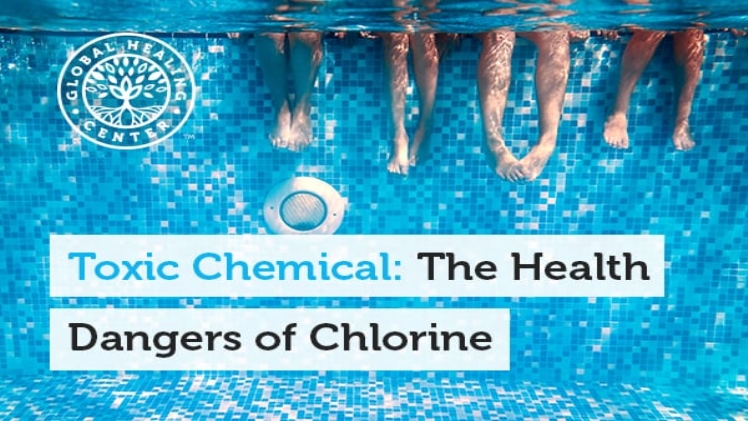 Chlorine is a chemical that we come in contact with daily. We use it to filter water by killing bacteria and microbes in it. Chlorine is used in swimming pools, toilets, floors, and other surfaces to kill bacteria. However, just because it kills bacteria does not mean that it is not harmful to humans. Chlorinated water should never be used for human consumption or showering.

It is a common misconception that chlorine is harmless. Many people shower with chlorinated water, which causes them to develop rashes and skin irritation. If you have ever gone swimming, you would have realized that the reason why your eyes start to get irritated in the water is because of chlorine.

Chlorine is a natural chemical that exists in many forms. The chemical can be found as an irritant, a liquid, and also a toxic gas. Chlorine has a very high diffusion rate, which means that when in gas form, it can spread rapidly.

As our skin is the biggest organ of our body, it is prone to more damage than any other. Our skin is constantly absorbing chlorine when showering, especially when using hot water. The warm water opens our pores and makes absorption even easier. Through showering, chlorine can even enter our bloodstream.

The chemicals that enter our bloodstream have a fast and robust effect on us. Through these chemicals, we develop an even greater chance of being at risk of cancer. Therefore, having access to treated water is a necessity. The reason why chlorine is used to treat water is that it is a cheap process. Chlorine, when added to water, kills all forms of waterborne diseases.

There have been countless researches saying that chlorine causes many forms of cancer. For example, drinking chlorinated water can increase the chances of breast, renal, and bladder cancer by up to 93%. Thus, chlorine might have many benefits and uses, but at the same time, it has many adverse effects as well.

To avoid chlorinated water being consumed, you can install water filters in your taps that can effectively filter the chlorine, stopping chlorine from affecting your eyes or skin when showering; this preventive measure is practical and cost-effective.