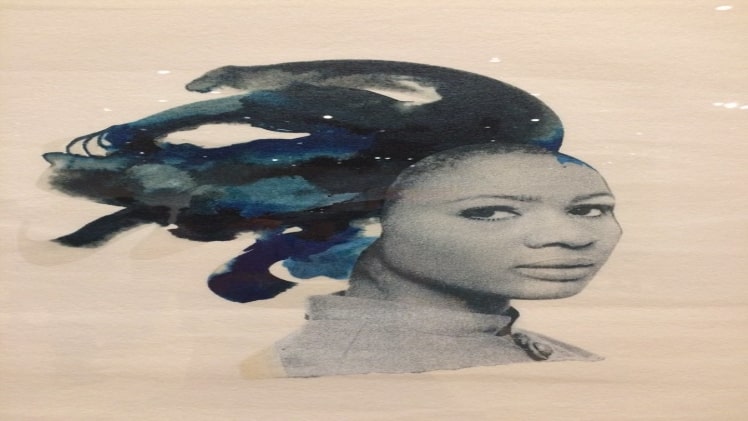 One major difference between modern and contemporary photography is that the former unambiguously refers to the period during the first half of the twentieth century when photography artists transitioned from the more traditional styles, favoring more technological advancement, while the latter refers to works that were created in the present times or very recently, especially with their creators still alive.

Portraiture has always been central to the history of art. Before contemporary art, portraits, both painted and photographed, were pure representations of their subjects. However, with the uprising of conceptual art, portrait photographers have been tasked with depicting deeper meanings in their works. Contemporary portrait photography tackles identity, social issues, and norms. Artists even combine different media like text, collage, audio, and video to create new platforms of discussion.

Lorna Simpson is an American conceptual photographer and multimedia artist. Exploring representation, identity, and history, Simpson’s works are inspired by her own experiences as a Black woman. Her latest project “Lorna Simpson: Heads” has been projected onto the facade of one of the best contemporary art museums in the US, Contemporary Art Museum St. Louis, since September 2021. The projection shows two animations, a Black woman with vibrant red hair and a Black man with blue hair, both done in collage style, exploring what it means to be Black in America.

Deana Lawson stages intimate portraits that depict Blackness, legacy, and collective memory. Her subjects are generally Black people portrayed in detailed surroundings, which challenges the conventional representation of Black life. Her recent show at the Institute of Contemporary Art Boston covers her works from 2004 until today, accompanied by commentary from scholars, historians, and writers.

Carrie Mae Weems’ most famous project is the ‘Kitchen Table Series’ where her subjects are women portrayed around the kitchen table as they are depicted doing everyday acts. She combines photography, audio, and text to examine the different aspects of contemporary American life while shedding light on race, family, class, and gender. Select works of Mae Weems can be seen at the International Center of Photography in New York through May 2, 2022

Viviane Sassen is a photographer from the Netherlands who has exposure to both fashion and art. Known for using geometric shapes and body abstractions, Sassen shoots anonymous subjects in African countries. Her ‘Parasomnia’ (2010) series in which faces of the subjects she portrays are obstructed allow viewers to create their own narratives. Her works are currently on view at Fotomuseum Winterthur. The exhibition, “Orlando – Based on A Novel by Virginia Woolf”, tackles the concept of identity and representation of marginalized communities.