all aboutparenting.com
BusinessDesktop Vs. Mobile Apps: The Best Start For Newbie Dev

Desktop Vs. Mobile Apps: The Best Start For Newbie Dev 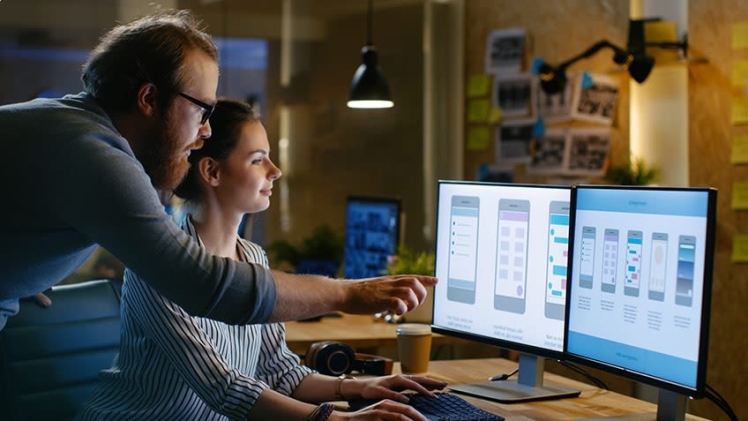 This major development has changed app development in many ways. As consumers spend more time and money through mobile, many businesses have deployed unique apps, which have fuelled the booming mobile app industry. However, this doesn’t mean IT solutions for desktop are now irrelevant as numerous industries still depend on PC-based applications.

IT solutions intended for PCs naturally have more robust functionality as compared to mobile apps. This can have a profound impact on newbie developers because of the complexity of coding required by desktop apps. These powerful apps have more intricate and highly specific functions and features that necessitate complex codes, algorithms, and scripts. Designing, coding, and testing desktop apps are a challenge.

According to experienced Houston software developers, Entrance Consulting, most mobile apps lack the sophisticated functions and features of PC applications. This is because of the limited capacity of devices where these apps are intended to run. But while mobile software has less functionality, developers can tap on numerous mobile-exclusive features such as virtual reality, mobile contact lists, magnetic sensors, augmented reality, accelerometers, GPS, multiple cameras, and gyro sensors. Newbie developers can experiment with various techs to develop powerful applications. It also opens up more opportunities to learn the latest tech trends.

PC-based apps take advantage of cursor interactivity for navigation as well as cursor-triggered animations or hover text. With this level of interaction, apps are capable of featuring a full screen of graphics where descriptive text appears on hover.

On the other hand, mobile app developers utilize an infinite slate of gestures for interaction. Poking, shaking, and swiping are some of the controls you can use for mobile apps.

Desktop apps use the traditional multiple columns format, similar to print ads or magazines. Developers have maximum flexibility in terms of positioning texts, UI elements, images, and layouts. With mobile applications, you need continuous scrolling and content reaches a limited length. This can be a boon since it can save screen space. Likewise, continuous scrolling is preferred by mobile users plus gestures improve interaction.

Desktop solutions are confined to the fixed aspect ratio of PC monitors. In contrast, mobile apps have landscape and portrait views. This can be a challenge for newbie developers. For one, you need to think of ways to allow a better user experience and more functionality in both screen views. This means you have twice the work needed for a single program.

The f95zone is the best gaming community site where you can find out lots of real games for real funny.

Quite obviously, PC-based solutions have a larger screen size which affects the graphical design aspects. Developers have a full canvas where you can add images, content, thumbnails, and fixed navigation bars. This provides better discoverability and user experience.

Unlike desktop apps, mobile apps have limited screen space. Developers should think of ways to conserve space while optimizing design, functionality, and usability. This can be challenging to a newbie developer.

Where to Start: Desktop or Mobile?

Now that we’ve differentiated desktop and mobile apps, let’s get back to the question – where a newbie developer should start?

If you are beginning from scratch or with zero knowledge of coding, an ideal start would be building a basic mobile app. It is pretty quick and simple. There are even apps where you can start designing, developing, testing, and deploying a mobile app. This can help break down the complex concepts of coding. Likewise, you can see tangible results quickly making you feel more encouraged and motivated – something that you’ll need as you navigate in this industry.

Understanding the basic concepts and logic of programming is the key to starting a career in this industry. Continuous practice and mentoring are also crucial as you build your coding skillset. This doesn’t mean that starting with desktop applications is impossible. In fact, if you have the right background and motivation, you can get on with complex programming language syntax. The secret is to set milestones of learning the different object-oriented programming. Planning and consistency are all it takes to master app development.