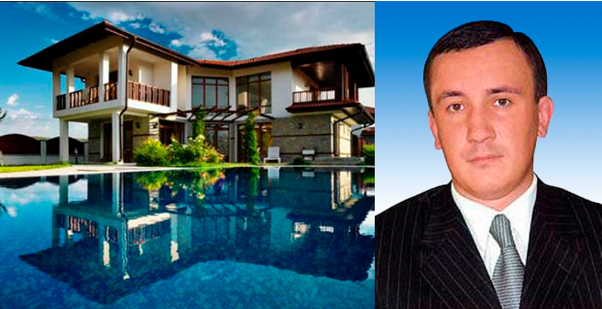 Today our expert Mikhail Dvornikov gives his forecast for real estate in Bulgaria.

Over the last years Mikhail Dvornikov has predicted the most realizable forecasts for real estate in Bulgaria.

The whole year 2021 was characterized by a hot and euphoric housing market in Bulgaria.  Real estate transactions in the country were recorded 20% more than in 2020, as of the end of September 2021, and the last quarter of last year was especially busy for realtors and notaries.

In Burgas, Plovdiv, Sofia and Varna, apartment price growth is higher than the national average, and in some of these cities, according to the Registration Agency, it reaches almost 40% for the year.

The interest rates of banks on mortgages are at a record low – 2, 2.28%, and mortgage lending is growing at an unprecedented rate, both in the number of mortgage loans granted and the amount issued by banks for the purchase of real estate.

The market is growing, and experts say that the current increase in real estate prices is becoming the longest in the last thirty years.

This year has surprised even those who work in construction, building materials, design and real estate. The market resembled a panic buying up everything that was left. What caused such panic in the market?

First, because depositors’ money in the banks is shrinking due to increased bank fees and the negative rate (which we often mention). Inflation is eating away at the savings of those who have it. Banks and governments are printing billions to stimulate the economy and so on.

Second, experts’ forecasts that real estate prices in Bulgaria will increase by 10-15% once the country switches to the euro are heating up the market. Forecasts are based on similar experiences in other countries that have adopted the euro as their national currency.

This forced people to invest in real estate, which “blew up” the market. However, from an investment point of view, the situation on the real estate market in Bulgaria is unhealthy.

Every beginning has an end.  What should we expect in 2022 for the housing market in Bulgaria?

In the past year 2020 housing in Bulgaria has become less affordable to citizens, both compared to the values observed in previous years, and compared to the indicators of other developed and developing countries. In the short to medium term, housing affordability will slowly decline. This means that it will be increasingly difficult for the average Bulgarian citizen to buy a house. The reason is the growth rate of housing prices, which outpaces the growth rate of income.

However, for people with big capitals the real estate market is the only attractive field of action.

The reasons for rising home prices.

Two factors will play an important role in accelerating price growth over the next few years.

First, double-digit price increases in a number of building materials such as iron, cement and wood. Prices are up more than 50 percent over last year. With demand continuing to rise steadily, investors will quietly pass all the increased costs onto end users.

Secondly, the decline in deposit yields, the introduction of negative rates, will force savers to channel more and more money into the housing market. This will be especially noticeable in large cities, where the purchase of a second or even third home is becoming an increasingly preferred form of depositing money.

However, the restraining factor may be the banks. If they decide to raise the interest rate on mortgages and / or tighten the conditions of mortgage lending, it will cool the real estate market in Bulgaria.

If the actions of banks will cause stagnation in the real estate market, the owners of the so-called investment apartments (which are not used) may put them up for sale, believing that the period of rapid price growth is over. Filling the market with investment apartments will lead to lower prices and further dumping of apartments bought for the sake of investing money.

On the other hand, Bulgaria at the moment is characterized by an economy in which there is no alternative to investing. Real estate is the most understandable and stable sphere of investments. People do not see the point in selling their existing apartments, because there is no clear understanding of what to do with the money from their sale, where to invest it.

The sharp increase in the price of construction materials, fuel, electricity, as well as rising wages of workers led to the fact that the launched projects go beyond the planned budget.

All predictions are that building materials will continue to rise in price, as will electricity, fuel, and so on.

On average, the cost per square meter in a new building is 700 – 800 euros excluding VAT. Even in a market of 1000 – 1200 euros without VAT (1200 – 1440 euros with VAT), most investors start to think about the profitability of construction. And what happens if the cost rises even more? The prudent entrepreneur is looking for a 30% return on such an investment. Implemented in two years a construction project, it brings 15% profit per year. It may seem that this is not bad, but if for some reason some of the apartments will not be sold, the developer will be at a loss.

Investors who sold apartments at the construction stage (on the green), but did not purchase materials in time for the old prices, are now experiencing severe financial difficulties. Everyone is trying to solve problems on their own. Some declare bankruptcy, some return deposits to customers and freeze projects. It is quite possible that there will be more such situations this year.