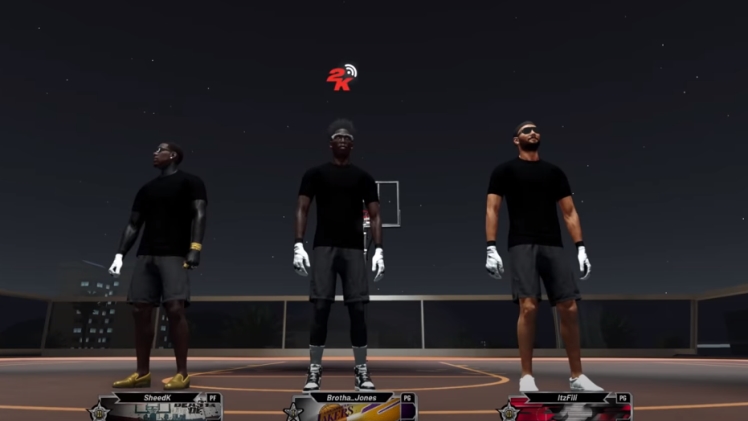 Got some NBA 2K22 news today, now that the gameplay behind the scenes doesn’t matter, Mike Wang has come back from the dead, released various leaks, and so on, so to cover everything, he released something related to the build-in particular

Mike Wayne had a little talk on 2K TV about what would be He talked about the demigod situation for power forwards and he also gave some insight into what he thinks the next best scenario will be in the next game.

Giving all the different heights and positions unique strengths and abilities

It seems to be power forwards, so Mike what do you think the dominant prototype for NBA 2K 22 will be. That’s a good question because we’re always trying to balance and tweak because we don’t want to have a dominant archetype, the power forward thing is fixed, this is more spread out in terms of you get badges, heights, and archetypes for each position, but one thing we’re focused on is trying to get all the different heights and positions to have unique strengths and abilities.

There’s probably going to be a lot of smaller players this year and if it’s you know six feet or under you get a huge speed boost and you can get a higher ball control rating as well so a lot of people might lean in that direction this year but in our internal online testing there’s a guy who plays a seven-foot center every time and he’s very dominant in our game so it’s a good mix of Because there are guys who want to be small and big forwards in the middle of the road and still be able to do it all, but you might see some players who tend to be like point guards or even small point guards, and then like big centers, the whole game-changer, it’s more of a balanced experience, overall.

An internal new substance could be that now Mike Wayne was also asked a question about the low three-point shot someone asked you need a high three because it’s hard to shoot with the 83, Mike Wayne said you don’t have to be as high as Rashear, as long as you have good timing you can be a perimeter shooting threat and it looks like it’s back to 2K20 or we have build versatility or you can have other builds, every bill can be shot, as long as your shots are correct, in this game you don’t need to have a 93 ball to keep shooting like the last generation.

The difference between the 4th and 5th generation

Now a lot of people want to know the difference between the current and PS5, so here’s Mike Wang’s talk on what games are different between the fourth and fifth generations. It’s an interesting question because we want to do our best to keep things as equal as possible between Gen 5 and Gen 4, so all the things I mentioned before like dribbling moves and combos, all of those will be in both generations, but Gen 5 has some great features that are exclusive to that generation because all the stuff that we do with foot planting, a lot of the technical movement, will be exclusive to Gen 5. We also have some really interesting features that will probably be done later on that provide some skill mechanics for specific moves.

They’re going to try and keep the dribbling and overall base gameplay from both generations, so if you know how to dribble in the current game, you’ll know how to dribble in the next game, and the next game will offer a lot more than the current one, just like some of the little features on PS5, so that’s something that people should care about, and there’s some new stuff now that you’re not going to lose this year with 99, and he clarified that you’re not going to next generation to lose, so your build is still 99 98 97 95 current and next is a different system, you just get 99, it’s a completely separate part.

The build system won’t be the same for both games. He didn’t mention the build system, he just mentioned the build, like he just mentioned whether there would be locking of existing animations behind the concept of this season, he said that some of the content was previous to NBA2K, like the curry slide, but most of it would be new, and then Twitch Cam said that the current slide was seasonal content, as was the whole community. He said maybe I shouldn’t have released it at all, now let me know how you feel, should he drop the Curry slide or should he leave it in the game, basically what the season will include, the season will include jump shot animations, dribbling.

In this season we can earn money instead of having these things at the beginning, this will provide content for the whole year, probably a new dribble, level 5 is unstoppable, Mike also said the vibrating shot is gone, no more shot aiming Well, the dribble will be similar to NBA 2K20, you can’t just hold a button to shoot, just like you can hold the button for the curry skate, you have to put more effort into the curry skate, you have to do combos for the curry skate, which will make it harder for people to hold the curry skate left and right at will because it will take more buttons and more time, so that might also help with the skill gap. You know what I’m saying because in my opinion, the curry slide is so powerful that you can defend it, but the fact that the defense is so bad it’s on defense doesn’t matter if they buffer the defense to the guts slide. If you need cheap MT Coins NBA 2K22 to get a better modeling type in NBA 2K22, please visit the safe and legal website: UTPLAY.COM!