all aboutparenting.com
NewsRachel Nichols Looks Back on the Beginning of Covid

Rachel Nichols Looks Back on the Beginning of Covid 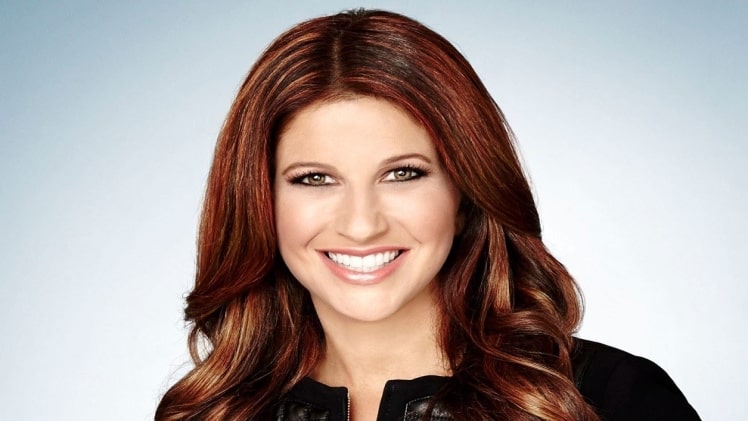 COVID-19 has been with us for what seems like 24 years. It’s closer to 24 months since the United States shut down in Spring 2020. The largely unknown virus impacted the entire world, but one of the quickest places to see its impact was professional sports. Essential workers stepped up to the plate. Sports went away. Companies sent people home.

One of those companies was ESPN. Rachel Nichols, host and show creator of The Jump, tried to figure out ways to do her show from home. Everything was shut down in Los Angeles, so the crew couldn’t go into the studio. In the beginning, the thought was SportsCenter would run all day until a plan was in place to get the show back on air at some point.

“Eventually they figured out live from home technology, and we did that for a while, which was integrating six people from 12 places,” said Nichols. “During the initial months of the global pandemic a lot of stuff was still happening with the NBA.”

Small market television stations utilize on-air talent for many roles. They shoot their own stuff and sometimes they must turn the camera on themselves. They’re called multimedia journalists or one-man bands. That’s not something you expect after you’ve climbed the ladder.

“There’s a whole lot of things I’m not good at. And it turns out that some of those are what’s involved and being the one-man band of a television show,” said Nichols. “I am not good at being a camera person. Not great at it. Don’t have a great artistic vision on exactly where to set the camera and angles and depth perception. “And by the way, I don’t know what a frame rate is,” she explained.

There weren’t any make-up artists inside the Nichols’ household. She had to apply her makeup by herself until they returned to the studio.

“I grew up liking sports, playing sports. So, I was not a makeup girl at the mall. And so all of this is foreign to me,” said Nichols.

When the show returned to the studio, there was a fluctuation as case counts went up and down. People were allowed in the studio with each other and then paused. Nobody could be in the studio and then another pivot. Someone could be in there if they were a certain amount of feet away from each other. The show went through all those varying iterations.

It might sound crazy, she followed science and doctors as opposed to checking in with Facebook friends for direction and guidance. She wore her mask everywhere and still fondly looks back at the sexiest smell she knows, hand sanitizer.

Rachel Nichols remembers how COVID-19 impacted certain players and teams. Evan Fournier of the Boston Celtics recovered and rejoined the team, but said he felt like he had a concussion all the time.

Kyrie Irving of the Brooklyn Nets decided not to get vaccinated and missed substantial time, including home games during the 2021-2022 season because of New York City rules and regulations.

“I happen to like Kyrie personally. I think he’s interesting. I think he’s smart. I think he looks at the world very differently than a lot of the other people I encounter in basketball. I appreciate that, right? It’s nice to talk to someone who sees things a little bit differently. It doesn’t mean that I agree with everything he thinks of everything he’s done, but that’s okay,” said Nichols.

As Rachel Nichols looks back on working remotely, and the global pandemic in general, it gives her a new sense of perspective and gratitude. And who knows, she might even become a professional makeup artist one day.