all aboutparenting.com
NewsSome Of The Hottest Peppers in the World, and Scoville rating

Some Of The Hottest Peppers in the World, and Scoville rating 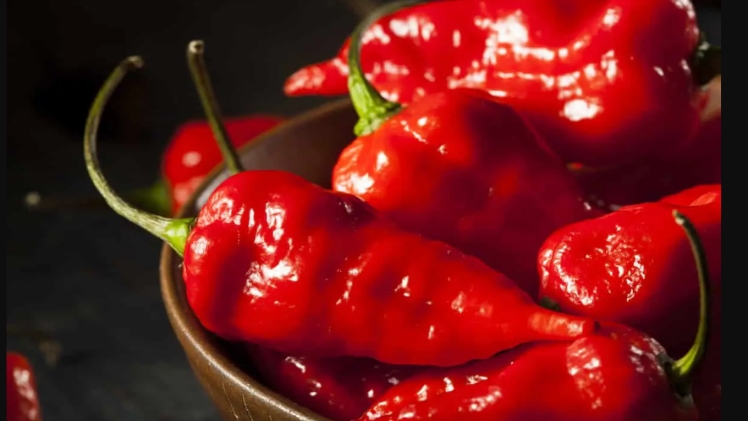 As the weather begins to warm up, many of us are looking forward to enjoying some spicy foods. And what better way to get your heat fix than by trying some of the world’s hottest peppers? Peppers are probably the most diverse and versatile of all the vegetables. There are sweet peppers, hot peppers, and everything in between. Some peppers are used for their fruit, others for their seeds, still others for their leaves. The capsaicin in hot peppers makes them taste spicy. from the ghost pepper to the Trinidad Moruga Scorpion, the world’s hottest peppers are capable of inducing intense burning sensations in the mouth. So why do people eat them? For some, it’s a quest for bragging rights. For others, it’s a way to test their limits. But for most, it’s all about the flavor.

Some of the world’s hottest peppers

There’s perhaps no other vegetable as polarizing as the pepper. Some love the spicy, peppery heat that peppers add to food, while others can’t stomach anything more than a bland bell pepper. Then there are those who seek out the world’s hottest peppers, sampling them for the adrenaline rush they provide. Peppers are rated by the Scoville Heat Scale, which measures the capsaicin concentration, or heat, of a pepper. The higher the concentration, the hotter the pepper. Here are some of the world’s hottest peppers and their corresponding Scoville ratings:

The hottest peppers in the world

There are many different types of chili peppers, but which is the hottest? The answer may not be what you expect. According to the Guinness World Records, the Carolina Reaper is currently the hottest pepper in the world. The Carolina Reaper averages 1,569,300 Scoville Heat Units (SHU), with some peppers reaching as high as 2,200,000 SHU. Compare that to other popular peppers like jalapeños, which clocks in at around 5,000 SHU on average.

If you’re a fan of spicy food, then you’ll definitely want to check out the world’s hottest peppers. These little guys can deliver some serious heat, with pungencies that can range from mild to off-the-charts. If you’re brave enough to give them a try, then be sure to start off slow, as even a little bit of these peppers can pack a punch. So, if you’re looking for a new culinary challenge, be sure to add some of the world’s hottest papers.

When it comes to filling your stomach with the spiciest foods in the world, there’s no one better to turn to than chiliheads. These brave souls enjoy sampling peppers with Scoville heat units (SHU) that would make most people cringe. The ghost pepper, for example, rates at a whopping 1 million SHUs on the Scoville scale. And while this pepper is now considered relatively tame compared to others out there, there are peppers being grown today that rate even higher.

Some people might think that eating the world’s hottest peppers is a crazy idea, but to those thrill-seekers, it’s an adrenaline rush. If you’re up for the challenge, then go ahead and try one of these peppers. Just be sure to have milk or ice cream on hand to help cool your mouth down if you do end up tasting one.