St Lucia Zouks will feature in the upcoming CPL (Caribbean Premier League) set to start from August 26th, with the final slated for September 15th, 2021. St Lucia Zouks has undergone various name changes, first starting as Zouks before switching to St Lucia Stars in 2017 and 2018 and finally St Lucia Zouks from 2019.

However, the franchise was acquired by KPH Dream Cricket Private Limited in 2020; KPH is also the consortium that owns IPL (Indian Premier League) side Punjab Kings who were until recently known as Kings XI Punjab. St Lucia Zouks team owners include Mohit Burman, Ness Wadia, Preity Zinta, and Karan Paul. St Lucia Zouks joins two other teams that have links to the IPL.

Trinbago Knight Riders are owned by Red Chillies Entertainment, the consortium associated with Bollywood superstar Shah Rukh Khan, and also owns the IPL franchise Kolkata Knight Riders. The other side with an Indian connection is Barbados Tridents, which is associated with Vijay Mallia, the flamboyant businessman who owns the IPL franchise Royal Challengers Bangalore.

St Lucia Zouks was added as a late entrant in 2019’s CPL to replace St Lucia Stars, whose participation contract was terminated by CPL on August 9th, 2019, just weeks before the team’s first scheduled game in the CPL. The team was then known as Zouks, as it was initially known from the inception of the CPL in 2013 to 2016 when Royal Sports Club, LLC bought it.

However, the take-over in 2020 by KPH Dream Cricket Private Limited and the accompanying changes in management gave St Lucia Zouks a fresh lease of life, seeing them to their first final ever. The dramatic final between the St Lucia Zouks team and eventual champions Trinbago Knight Riders was held on September 10th, 2020, at Brian Lara Sports Complex in Trinidad & Tobago.

The match was hard-fought with both teams giving their best, but Trinidad & Tobago were unstoppable, winning by eight wickets. As a result, Trinbago Knight Riders continued to stamp their dominance in the CPL with their fourth title. On the other hand, St Lucia Zouks are perennial underachievers who rarely make it past the league stage except in 2016 when Trinbago Knight Riders eliminated them in the second playoff.

In the latest news, St Lucia Zouks owners have rebranded the team and even changed the logo days before CPL 2021. In a press release, the team owners expressed their contentment with the rebranding move, which is consistent with KPH as a brand and accurately captures the essence of the island nation, St Lucia, as it incorporates the colors of its national flag.

The team was renamed Saint Lucia Kings, complete with a new monogram. The logo features a roaring lion to capture the team’s vigor and vibrancy. Blue is also heavily featured as it reflects clear skies and the waters of the Atlantic Ocean and the Caribbean Sea, which envelop the island nation. Darren Sammy, the team’s assistant coach, and mentor embraced the change and hoped the name change would inspire the team to play like true kings in CPL 2021.

Satish Menon, CEO of Saint Lucia Kings, noted that the branding change was apt as it aligns the image and ideals of the team with the KPH Dream Cricket brand. However, he acknowledged that the time was right to join the sister brand and its inherent values with the mother brand.

In related news, Barbados Tridents, who share the same owners and management as IPL franchise Royal Challengers Bangalore, also rebranded and will now be known as Barbados Royals. This team has been linked in the past with Hollywood superstar Mark Wahlberg.

The Caribbean Premier League is the domestic cricket league of the West Indies and has six teams representing distinct countries in the region. They are Barbados Royals, Guyana Amazon Warriors, St Kitts, and Nevis Patriots, Saint Lucia Kings, Trinbago Knight Riders, and Jamaica Tallawahs. The now-defunct Antigua Hawksbills were part of the CPL at the start, but they gave way to St Kitts and Nevis Patriots.

The current sponsor of the CPL is Hero MotoCorp, so the CPL is also referred to as Hero CPL. This year’s edition will be held at a single location, Warner Park in St Kitts and Nevis. The decision to hold the tournament in its entirety in a single venue was made as a precaution against COVID. Stay tuned for more on your preferred teams and players of CPL 2021. 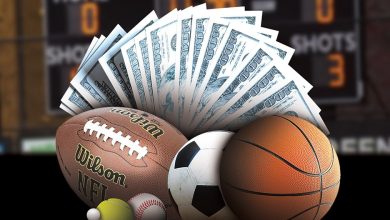 UFABET Complete With Web Based Betting

The Most Popular Relaxing Sports in 2020

Guideline before buying  Toto when you are a beginner’s