TAXATION OF BITCOINS IN INDIA 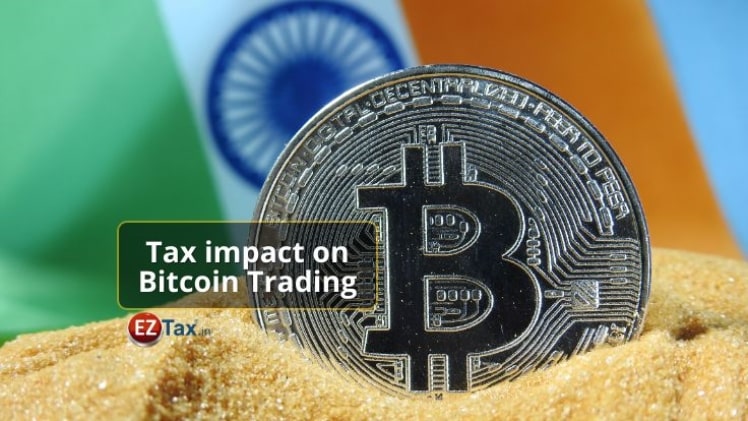 The majority of the supply of significant cryptocurrencies, such as Bitcoin and Ethereum, is located outside of India, and users of these exchanges only use them to sell these assets. According to the government’s definition of the TDS, 1% will be added to every transaction. According to Gaurav Mehta, the CEO of Catax, a company that provides tax consulting services for cryptocurrency, this definition will also apply to transactions where exchanges permit sellers or buyers to sell their crypto assets to the buyer. A 30% income tax on gains from digital currency transactions was instituted by the finance minister. A 1% TDS on digital assets was also implemented by the government. However, the government did not use the word “cryptocurrency” in the budgetary recommendations; rather, it used the term “virtual digital assets.”

According to market watchers, the cryptocurrency tax exchange is complicating things for purchasers as well as exchangers.

According to tax experts, the recently passed rule to tax cryptocurrency is expected to have an influence on reward points and other in-app transactions made by social networking businesses, dating, and gaming applications.

According to market watchers, the cryptocurrency tax is complicating things for purchasers as well as exchangers.

According to tax experts, the recently passed law aiming at taxing cryptocurrency would have an influence on reward points and other in-app purchases made by social media businesses, dating, and gaming applications.

Now that the government has a broad definition of virtual digital assets, social media companies like Meta, dating applications like Gleeden, and even gaming apps could be subject to a 1% tax deducted at source.

In India, how are bitcoins taxed?

Mined bitcoins are independently produced capital assets. In the normal course, capital gains would result from the subsequent selling of such bitcoins.

Therefore, in light of the Supreme Court’s ruling in the B.C. Srinivasa Shetty case, the mechanism for calculating capital gains is found to be inadequate. Therefore, there would be no capital gains tax associated with mining bitcoins.

This situation would persist until the government took action.

Transferring bitcoins held as investments in exchange for actual money

When bitcoins, which are considered capital assets, are traded for real money after being held as investments, the increase in value will either result in a long-term capital gain or a short-term capital gain, depending on how long the bitcoin was held as an investment.

Additionally, short-term earnings would be taxed at the individual slab rate while long-term gains would be taxed at a flat rate of 20%. After taking into account the benefit of indexation, the cost of acquisition for arriving at long-term capital gains will be established.

Bitcoin trading activity would result in business income, and as a result, any profits made from this type of business would be subject to tax at the applicable slab rates.

Receiving bitcoins as payment for the selling of goods and services

Receiving bitcoins in this way is viewed the same as receiving money. To the recipient, it would be considered income. Additionally, because the recipient earned this money through a business or profession, he would often pay taxes under the category of profits or gains from a business or profession. BINOCS is a crypto portfolio tracking software, that helps in the management of taxes and portfolio with a great ease.