The Haunted Lore of Gettysburg 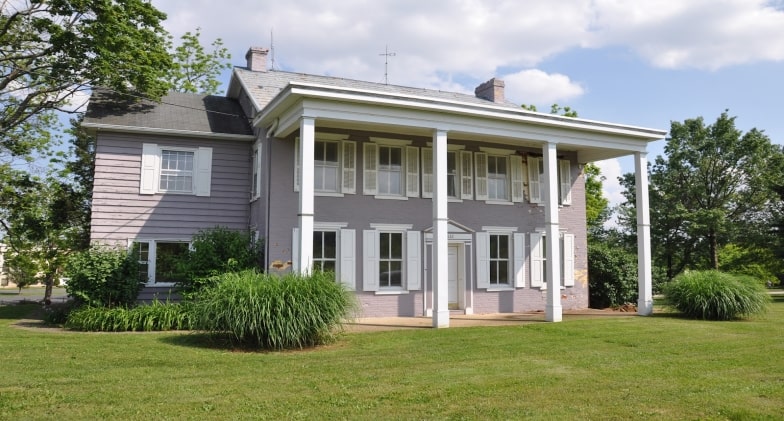 When visiting Gettsyburg, you may want to experience all the history this city offers. As a significant part of the Civil War, Gettysburg has an emotional history that leads paranormal investigators to believe that souls still linger here. When you want the most authentic touring experience, look up a Gettysburg ghost tour to find the best tour in the area that will teach you not just the history of each site but the ghostly hauntings there as well. Below, we will dive into some of the lore of Gettysburg and why this city is so haunted.

The Farnsworth House Inn is believed to be highly haunted due to the nature of the Civil War that happened in the 1860s. During the Battle of Gettysburg, the Confederate Army occupied the Farnsworth House Inn as a makeshift hospital and headquarters. On the third day of the Battle of Gettysburg, Union soldiers stormed the building, killing Confederate snipers who were posted within. As a result, guests have often claimed to hear and feel heavy breathing in this house, as well as the smell of cigar smoke, thought to be from one of the commanding officers. Other guests have had the sensation of being tucked into bed, possibly by a midwife from the era trying to make them more comfortable.

Jennie Wade had gone to stay with her sister who had just recently given birth so that she could help with her baby. Little did she know that she would become a casualty of the Civil War. A stray bullet from the Battle of Gettysburg came through the house, killing Jennie Wade, making her the only civilian casualty of the war. Many paranormal investigators have come to this home in the hope of connecting with her spirit. Jennie was initially buried at the house but later moved to her final resting place. Many believe that this disturbance to her grave leads her to haunt the home today. There have been reports of seeing Jennie walk through the house over the years, and you can still see the bloodstain from where she was shot to this day.

The Rupp House operated as a tannery during the Civil War. This house sits close to Cemetery Hill, where a lot of the battle took place, and most people believe that contributes to the restless spirits here. But unfortunately, the war soon moved closer to the home where homeowner John and his family hid. While none of the family died during this fight, many lives were lost on the property—many who visit the home claim to hear artillery fire and knocking and banging on the walls. There have even been photos taken where you can see soldiers peering out the home’s windows. Without a doubt, this emotional battle has left spirits wandering the property.

The Daniel Lady Farm has a lot of the Civil War still in its walls. From etches of soldiers’ names to bloodstains and cannonball fragments, there is no doubt that the Civil War lives on at this property. This farm was turned upside down and used every way for the war. The Ladys had to evacuate their home so it could be used as an outpost for the war. The farm saw a lot of bloodshed and death as it also served as a hospital for the wounded, although many of the spirits are attributed to those who have died here. There are still unmarked graves of soldiers present on the farm today, along with blood in the home from wounded soldiers.

With all of the lives lost during the Battle of Gettysburg, both intentional and unintentional, it’s no surprise that this historic location is considered haunted by so many.