all aboutparenting.com
NewsThese Are the Warning Signs of a Concussion You Should Know About... 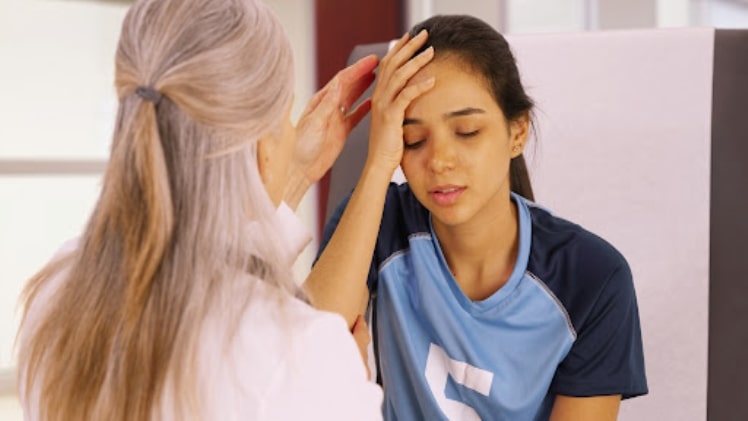 If you’ve recently suffered a hard blow to the head, it might be a good idea to get checked out by a concussion care specialist in your area. Concussions are a very difficult injury to diagnose and are often misdiagnosed – completely missed. However, when a person receives one (or multiple) blows to the head and doesn’t get treated – the results can be disastrous, unfortunately.

When you think of concussions, you might think of Aaron Hernandez, the late NFL football player for the New England Patriots. Aaron, like many other competitive athletes in contact sports, suffered repeated blows to the head which led to trauma and concussions. Unfortunately, these concussions went undiagnosed. It’s theorized that these injuries had a major effect on Aaron’s impulse control. A factor that may have contributed to him committing murder. After his conviction, Aaron sadly took his life shortly after – while serving his prison sentence.

How a Concussion Can Affect You

While Aaron’s case is considered extreme and perhaps uncommon, it’s still a very delicate area of our health. Untreated concussions seemingly fly under the radar. They may happen during traumatic events, such as a car accident.

In the end, what happens is that individuals who suffer an accident like this go to the hospital for treatment. While at the hospital, the doctors and medical staff treat only the superficial injuries that can be seen with the naked eye. However, a traumatic brain injury often flies under the radar. Over time, untreated concussions can lead to devastating effects.

In order to accurately assess your risk of exposure to a concussion, it’s a great idea to be informed about what a concussion entails. Let’s talk about some of the symptoms of a concussion:

One of the Most Detrimental Concussion Symptoms That Nobody Talks About

Perhaps the most devastating concussion symptom is one that’s extremely hard to tie to a concussion – and therein lies the threat. Personality changes in concussion victims are seen months after the event occurred. Furthermore, these effects can manifest even up to 6 months, or years after the injury.

Ultimately, they fly under the radar as most healthcare professionals haven’t had the necessary training to diagnose a concussion and to make that kind of connection. This personality change results in strained relationships, trouble at the workplace, and more.

Here is the most valuable and headline news suppliers website trendwait.

If you’ve suffered a head injury, it’s crucial that you get a thorough concussion assessment by a concussion care clinic. One that is staffed by trained individuals who will know how to recognize the effects of a concussion. Failure to seek treatment can cause your condition to aggravate over time – as your condition deteriorates.

If you have to question whether or not you’ve sustained a concussion, you’re better off playing it safe and getting checked out. You have one body and one mind, and it’s best to take good care of it.