all aboutparenting.com
NewsWhat are the advantages of a standing desk for people with ADHD?

What are the advantages of a standing desk for people with ADHD? 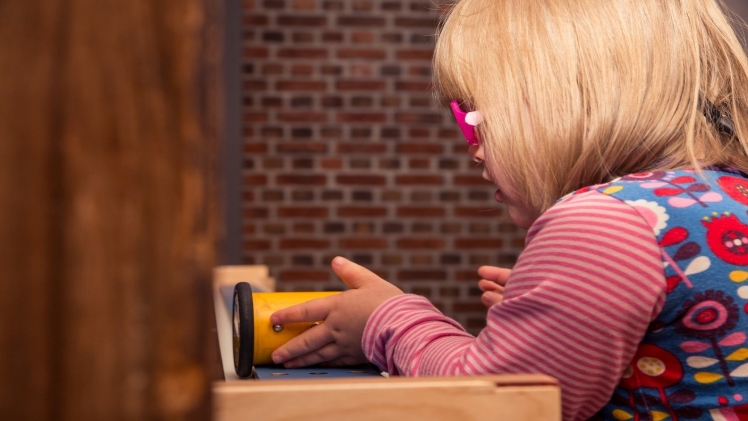 Often misunderstood, ADHD is a neuro-behavioural disorder that affects adults and children. People with ADHD are often described as hyper and unfocused, which are stereotypes that can be detrimental to these people. Having ADHD can affect your day-to-day life, relationships, careers, family life and overall self-esteem.

However, it is essential that we normalize discussions around this for the betterment of everyone. The world is built up of unique individuals, and we should create an environment that is accepting of everyone.

Perhaps the most adverse effect of ADHD on people is its myths. People have made up a lot of things that aren’t true and some downright hurtful. While some misconceive this to be a disorder that only affects kids, others say it’s not a real medical disorder.

Medical experts have firmly disproved these myths and ensure that there is no more stigma around ADHD. Unfortunately, people are still dismissing it and labelling it as bad behavior, laziness and ineptitude.

We’ve seen this happen in workplaces and schools. Many kids have been labelled ‘the problem child’ due to their ADHD. In adults, ADHD has only much recently been recognized as a real disorder. While researchers and medical specialists carry on studies to help the world’s understanding of ADHD, it is very encouraging to see areas of acceptance where people can be free without fear of stigma.

The different types of ADHD

It is essential to understand the different types of ADHD to understand better the people and how they respond to their environment.

The effects of ADHD can be quite damaging for the people since the symptoms are often considered ‘neuro-typical.’

ADHD in the workplace

Work-life is often structured, which can be quite problematic for people with ADHD. Professional settings are not exactly equipped to accommodate people with ADHD. There are deadlines and processes laid down, not to mention a routine. These are all things that can be pretty challenging to someone whose mind is in a constant state of wonder.

People with ADHD function off stimulation; that’s why they’re always looking for the most stimulating task or thought. Conforming to the systems set in place in an office setting becomes very difficult.

Adult ADHD was previously ignored and brushed off as laziness and lack of commitment; however, a person with ADHD favors interest over importance. This also means that they don’t dwell on consequences as much as the average employee would. Therefore, you would find that these people are often getting warnings and can’t keep a job too long in the workplace. It is essential that workplaces acknowledge people with ADHD; it doesn’t matter how good you are at your job; ADHD can keep you from achieving your dreams.

There are a lot of children grappling with ADHD, and the worst part is they might not know it. Some parents may not pick up on it, and teachers often label their active minds as ‘problematic.’ It can be quite discouraging for a child to be often dismissed when they don’t really understand why. This has very adverse effects on the child’s self-esteem.

ADHD in kids can be caught early, and by helping the child understand themselves better, it can help boost their esteem and even make them better at completing essential tasks. When it comes to their test scores, these often suffer because their young minds are in a state of curiosity and hunt for stimulation. It can be easier to detect ADHD in children than in adults, mainly because kids are very open, and adults have had years of being programmed to act a certain way; they might try to suppress themselves.

Game-changers for people with ADHD

Having ADHD doesn’t automatically disqualify you from all functions. You can exercise your creativity and intelligence even with ADHD. To harness the talents of people with ADHD, it is important to first understand their condition, or maybe the type of ADHD they have and then take proper actions to help them get better at focusing on their tasks.

In the workplace, reasonable adjustments that help ADHD people work better are highly encouraged. These include utilizing standing desks for these employees. The change can be very helpful in keeping their minds engaged in the task they’re undertaking.

Focus desks in schools have also become quite popular for kids with ADHD. These sit-stand desk options have seen students perform better in their tests and improves their concentration. It is not about making huge sacrifices but small changes that make a life for people with ADHD easier.

Standing desks for people with ADHD

A quick look at the benefits of standing desks for people with ADHD will tell you just how helpful the sit-stand desks have become, not just to the modern-day worker but everyone in general. After standing desks became quite popular among people, many purchased them for health and productivity reasons; however, they stumbled on the benefits it carries for people with ADHD too. 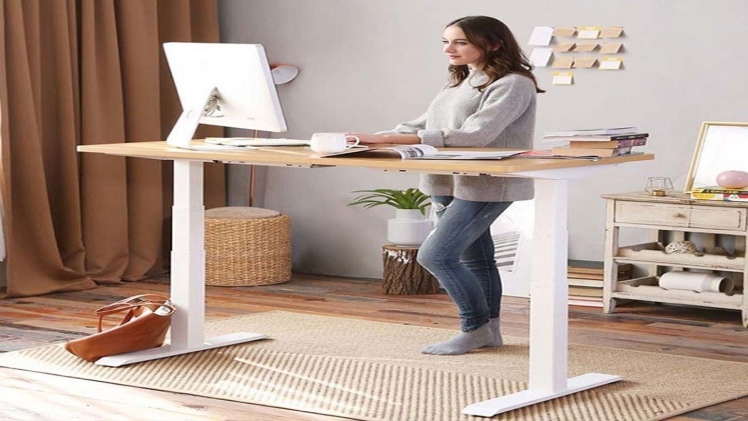 In photo is the Pro Series Adjustable Standing Desk by FlexiSpot.

To help them focus on their tasks, many people with ADHD have been experimenting with sit-stand desks, and they’ve found that their productivity has improved. According to some adults with ADHD, sitting at their desk at work made it quite challenging to stay focused. They would get too comfortable that their minds would wander. However, they get to switch and work in different positions with the stand-up desks.

While many have not explained what it is that makes standing desks better, they have simply left it at ‘ there’s just something about standing desks.’ This is a very effective adjustment that is quite reasonable and will help employees keep their productivity up. Workplaces should therefore invest in sit-stand desks like the Flexispot standing desk pro series that combines elegance with function.

The desk is built to serve any space, both office and home workstations, sturdy and fitted with the best features. It has an incredible lift speed of 1.4 inches per second and a very low hum during the adjustment. The keypad is also relatively straightforward, making it ideal and easy to operate.

Students who have used the focus desks, standing desks for kids have found that it makes it easier for them to focus longer than they usually would. The Flexispot standing desk pro series is excellent for both adults and children. While the sit-stand desk is a game-changer, this doesn’t necessarily mean that it automatically cures ADHD or solves all problems. Standing desks for kids help them keep focused and begin training their young minds early enough. Functioning ADHD is directly related to great results in both children and adults.

Some reported benefits of standing desks for people with ADHD

According to research, standing desks have proved to have a 5% improvement on student tests and work productivity. At least 15% increased engagement in present tasks and general involvement in what they are doing.

Other general benefits of standing desks include:

So many people are sceptical about these benefits, and what we can say to them is don’t knock it until you try it. Many people with ADHD have highlighted the benefits of stand up desks, and it’s essential to give it a try without forgetting that it doesn’t cure ADHD.

This article is written by Teddy Muyeka.