all aboutparenting.com
AllWhat Is a Bullpup 223 Rifle & Why Should You Own One? 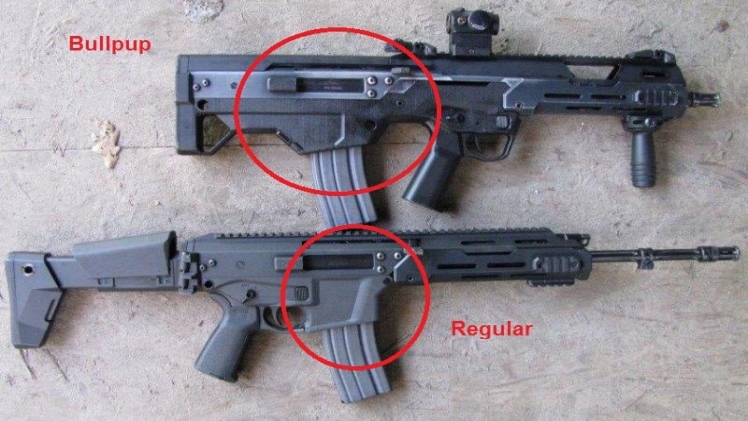 While they may not have been around for too long, Bullpup 223 rifles have become very popular with gun owners across the States. Unique in design and offering a range of benefits, it’s not hard to see why so many people have become enamored with the weapon.

So, What’s All the Fuss About Bullpups?

Essentially, a Bullpup rifle is one that features a design that puts both the action and the magazine behind the trigger. What’s more, they have the same length of barrel as conventional rifles, although, at first appearance, it doesn’t look as though that would be the case.

That’s because much of the barrel is housed inside the stock, and it means that you get all the benefits of velocity and accuracy but in a lighter, more manoeuvrable weapon.

The History of the Bullpup Design

While the Bullpup 223 and others like it only became available for sale in the late 1960s, the original design came from England at the beginning of the 20th century. At the time, it was known as the ‘Thorneycroft Carbine’ and it was known for being as much as 10% lighter than the Lee Enfield – a rifle that was used en masse by the British Empire.

In 1969, it was Steyr-Daimler-Puch from Austria that created the very first commercially successful Bullpup rifle. Used first by the Austrian army in the late 70s, it has remained in continuous production to this day and is still employed by the Austrian military, as well as armies in the UK, Austria, India, China and Australia.

So, What Benefits Come With Owning One?

As we alluded to a little earlier, the primary advantage of a Bullpup rifle is the reduced overall length without reducing the length of the barrel. This results in no impact at all on accuracy or velocity when compared with a traditional rifle, meaning that the Bullpup 223 is much more manoeuvrable.

Its diminutive dimensions also make it easier to carry, as well as conceal and there is a case for saying that it’s simpler to get ready in the shoulder. The innovative design of the Bullpup means that it’s typically held by the user closer to the body, making reaction times that much quicker.

Are there any drawbacks? Well, the firing experience can be quite loud as the shooter’s face is closer to the end of the barrel and their triggers tend to be less accurate than regular rifles. The only other negative aspect relates to around 10% of the population – and by that we mean lefties!

Left-handed people do have issues with Bullpups, namely because of the awkward positioning of the side lever that does get in the way.

Could the Bullpup 223 Be Your Ideal Weapon?

When you look at the overall picture of a Bullpup rifle, you get a weapon that’s lighter than regular rifles, as well as being more manoeuvrable. In fact, anyone using one for hunting will know that it’s pretty great for firing from inside a vehicle on those horrible days when the rain just won’t stop coming.

The disadvantages are fairly minimal too, so unless you’re a left-hander, this is a weapon that you should seriously consider adding to your collection.

It’s going to set you back just under $1,800, so it’s not a decision you’re going to make lightly, but as you start using it, all those benefits we’ve described every time you take it out.