Why do people wear wigs? 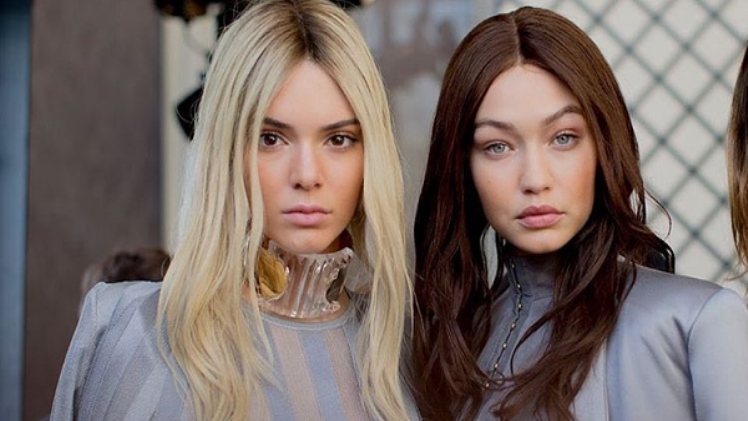 At the end of the 17th century, the French King Louis XIV (1638-1715) wore long wigs with luscious curls. So every fashion-sensitive man in Europe shaved their hair short and rushed to the wigmaker for the same ‘allonge wig’.

Thus began the wig period that would last until the 19th century. Wealthy gentlemen bought a wig made of women’s hair (poor women earned a little extra); men with a flatter purse settled for a copy of horsehair.

In the 18th century, all kinds of wigs followed each other in rapid succession, sometimes combined with their own hair. It also became fashionable to pomade the wig with a kind of ointment and then powder it. Men’s portraits from the 18th century therefore often show some white rice powder on the shoulders.

Women also wore wigs. This carriage, in a cartoon from the 18th century, has been folded open because otherwise the ladies could not get rid of their headdress.

Today there are so many reasons to wear a wig. There are people with hair and skin problems, baldness from disease, baldness from medication, hormonal baldness, drag queens, show wigs for theater, film, television and entertainment / events, wigs to depict a time image, design and catwalk wigs. Wigs to transform someone temporarily and wigs to animate people. Wigs are a necessity for some people and a fantastic addition for many. Now you can get all types of wigs including lace front wigs and even headband wig.

The use of a wig cap

First you ensure that your own hair is rolled up flat or folded in place with rough sliders. These sliders are specially made so that they do not slide out. Then apply a wig cap (wig stocking) to the head according to the color of the wig and push all the hair into the edges of this wig cap with a pointed comb. Then slide it back to half a centimeter behind the own hairline, so that it does not protrude under the wig. The smallest U-pins are called micro-pins and with this you fix the wigcap on your rolled hair at a minimum of 5 points. You put the pins through the stocking in the rolls. Then place the wig on the stocking and look in a mirror to see if it is straight. To do this, grasp the flaps at the ends of the wig and not too far back or forward. The wig should be placed at the front on the hair’s own edge. With firmer U-pins you attach the wig in at least 4 places (at the forehead, temples and neck). Gently insert the pin through the net of the wig and through the wig cap into the underlying coiled hair. Now you can style the wig freely and it should no longer slide on the head.

If a wig has just been worn, it is best to lay it flat on the ‘back’ for a while to allow any moisture to evaporate. Never put a wig on the front edge, it is most vulnerable there! When the wig is completely dry, grasp the wig by the edges and slide it slowly over the Styrofoam ball (from front to back). The wig can be stored upright on a styrofoam ball. Attach the wig mid-front with 2 large headpins so that the wig stays in place on the bulb. With a heavy wig it is useful to make a board with a stick on which the polystyrene foam can be placed so that it does not fall over.

A wig is best kept completely dry on a Styrofoam or linen ball. If your wig is wet and needs to dry in shape, it is also best to put it on a ball. If you place the wig on a flat surface to dry, it will flatten and have little texture. Styrofoam balls and linen balls are available in the webshop. You can also get cheap wigs from webshop if you don’t wear them more often.

The Lifespan of a wig

A wig in natural hair can easily last four to five years and remain beautiful. The hairwork will not be completely worn out by then, but the hairs will of course not renew and will therefore lose elasticity.